Religion and Belief in Vietnam

Vietnam is a beautiful country with colorful culture. With the population of more than 86 million people and 54 ethnic groups, there are plenty of different religions in Vietnam. Here is the list of popular and special religion in Vietnam: 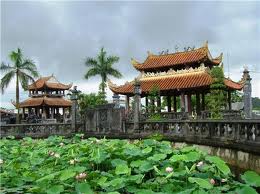 Buddhism came to Vietnam in the 2nd century, and reached its peak in the Ly dynasty (11th century). It was then regarded as the official religion dominating court affairs. Buddhism was preached broadly among the population and it enjoyed a profound influence on people’s daily life. Its influence also left marks in various areas of traditional literature and architecture. As such, many pagodas and temples were built during this time.

At the end of the 14th century, Buddhism began to show signs of decline. The ideological influence of Buddhism, however, remained very strong in social and cultural life. Up to now, over 70 percent of the population of Vietnam are either Buddhist or strongly influenced by Buddhist practices. The Buddhists normally go to pagodas twice a month ( on the 1st  and the 15th of the lunar months).

Catholicism came to Vietnam in the 17th century. At present the most densely-populated Catholic areas are Bui Chu-Phat Diem in the northern province of Ninh Binh and Ho Nai-Bien Hoa in Dong Nai Province to the South. About 10 percent of the population are considered Catholic. 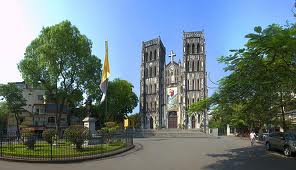 Protestantism was introduced to Vietnam at about the same time as Catholicism. Protestantism, however, remains an obscure religion. At present most Protestants live in the Central Highlands. There still remains a Protestant church on Hang Da Street in Hanoi. The number of Protestants living in Vietnam is estimated at 400,000. 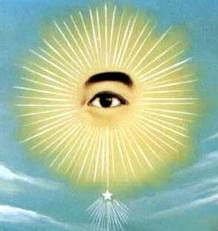 Caodaism was first introduced to the country in 1926. Settlements of the Cao Dai followers in South Vietnam are located near the Church in Tay Ninh. The number of followers of this sect is estimated at 2 million.

The Hoa Hao Sect was first introduced to Vietnam in 1939. More than 1 million Vietnamese are followers of this sect. Most of them live in the south-west of Vietnam.

Researchers describe the Vietnamese mother-worship cult as a primitive religion. Mother, Me in the Vietnamese language, is pronounced Mau in Sino-­script. The mother worship cult might be originated from the cult of the Goddess in ancient ages. In the Middle Ages, the Mother was worshipped in temples and palaces. Due to the fact that it is a worshipping custom and not a religion, the Mother worshipping cult has not been organised as Buddhism and Catholicism have. As a result, the different affiliations of the cult have yet to be consistent and different places still have different customs. 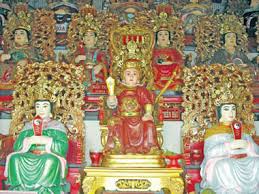 The custom of Mother worship originated from the north. In the south, the religion has integrated the local goddesses such as Thien Y A Na (Hue) and Linh Son (Tay Ninh).

In fact, the Mother worship cult was influenced by other religions, mainly Taoism.